I am a member of the IAMTW. The what, you say?

I am a member of the IAMTW.

The what, you say? 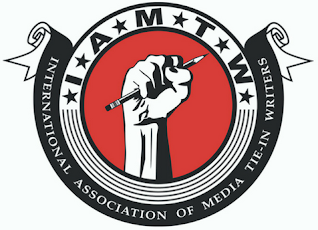 The who, you say?

Okay, I understand, many of you may not know what tie-in writers are or do. They are talented authors who write novelizations of films, TV series, and recently many, many video games. They also write original stories based on these properties.

There are few novelizations (prose versions of a film, etc.) written these days. But original novels (and short stories) tied-in to (get it?) the worlds and characters created for movies, TV series, games, and even comics have become an industry unto itself. Original Star Trek and Star Wars books 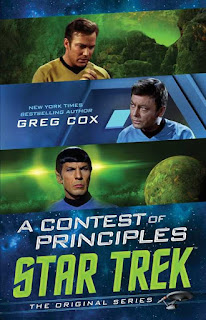 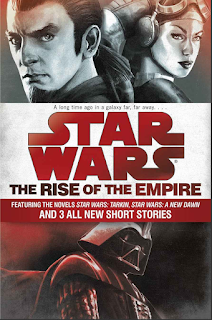 are possibly the most famous, but there are plenty of others.

Today tie-in books mainly occupy worlds in pop fiction genres—science fiction, fantasy, horror, mysteries, and thrillers. But novelizations and tie-in originals have been around since silent films and were often based on mainstream dramas and comedies. 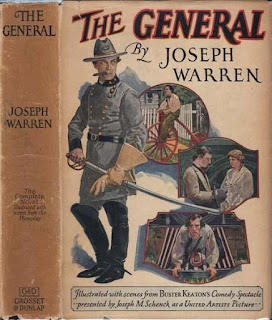 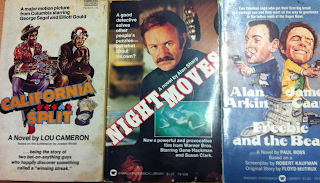 During much of the 20th Century, writers "churned" out these tie-in works for what little filthy lucre they could negotiate. And more than often, they were considered hack writers, even by themselves. Many of them wrote their novelizations and originals under pseudonyms, too ashamed to reveal their authorship. But that is not true today.

Today's tie-in writers are enthusiastic and passionate lovers of the worlds they get to create stories for and are proud—indeed, often giddy—to do so. And they feel, quite rightly, that they deserve the same respect given to screenwriters who adapt novels to their medium or work on film and TV series created by others. Or playwrights who turn movies into stage musicals. The former can win Oscars and Emmys; the latter can win Tonys.

To call attention to their work and earn respect due to them, tie-in writers have banded together into the IAMTW and hand out Scribe Awards to the best of their work.

Besides their talent, enthusiasm, passion, and pride, these writers are generous to each other in spirit and deed. They are also supportive of each other professionally and creatively. And they are just damn fine people. I have benefited greatly by just getting to know them and being the recipient of some of that generosity and support for my work. I am damn happy to be a member of the IAMTW.

And yet, in a way, I should be the lone member of the IAMTW Auxiliary. For I have published only one tie-in novelization. It was based on an independent family film I was involved in from the inception. I adapted for film a bestselling picture book, a dog-centric rewriting of the traditional carol "The Twelve Days of Christmas." 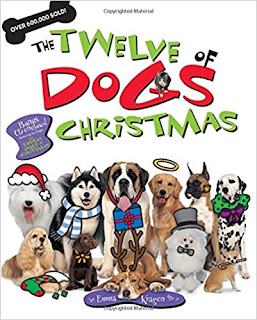 I created a story and characters for what was first conceived as an animated film but was eventually made in live-action. The director of the film wrote the screenplay based on my adaptation. I was later asked to write the film's novelization by the publisher of the original picture book.

My novelization won a Scribe Award from the IAMTW. Which I am proud of and grateful for.

But as all my other novels are original works, I've been somewhat chagrined to be a full-fledged member. I have not contributed much to the tie-in field. This is why I'm excited that I'm a contributor to the International Association of Media Tie-In Writers' anthology of short stories, Turning the Tied, edited by Jean Rabe and Robert Greenberger. 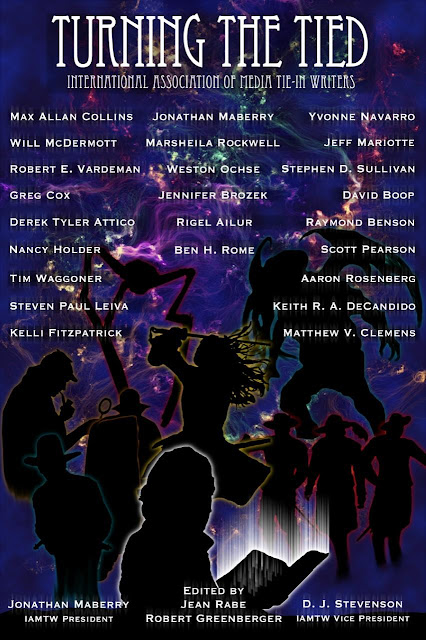 Not only do I get to snuggle under the covers with a bunch of fine writers, but all the proceeds will go to the World Literacy Foundation. The WLF strives to ensure that every young individual regardless of geographic location has the opportunity to acquire literacy skills. They work for a world where everyone can read and write.  That's something all authors have a stake in.

And yet, when Jean Rabe called me and asked me to contribute to the anthology, I didn't jump right in. I hadn't written a short story since my 20s, and I wasn't sure I could write one now. But Jean encouraged me (read "gently insisted") to give it a try.

The anthology's overall theme was to be uplifting stories based on popular fictional characters from the past. So from the past that they would be in the public domain. The book never would have happened if we had to license copyrighted characters. But as many tie-in writers have great affection for classic characters from fiction's past, many members of the IAMTW were excited to jump into their worlds.

There was a small problem, Jean cautioned us, Some great characters of the past one assumes are in the public domain might still have some extant copyrights. So we had to be careful when we picked our characters.

It was the idea of finding fictional characters from so far in the past that there was no chance they were not in the public domain that intrigued me enough to give it a go. And I immediately thought of two. Cyrano de Bergerac and Baron Munchausen.

Which one should I take on? Why not both! After all, they had something in common.

was a famous swordsman and author of one of the first works of science fiction, The Other World: Comical History of the States and Empires of the Moon, sometimes known as A Voyage to the Moon. 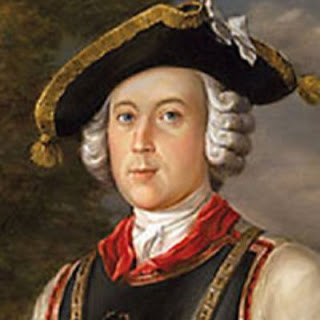 was infamous as a teller of outrageously tall tales at dinners he hosted.

Cyrano was fictionalized by French playwright Edmond Rostand in 1897. 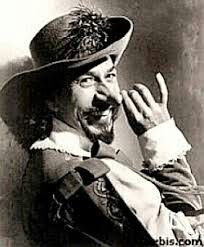 The Baron never wrote down any of his outrageous adventures. But fantastic stories attributed to him as "Baron Munchausen" were published by several writers. 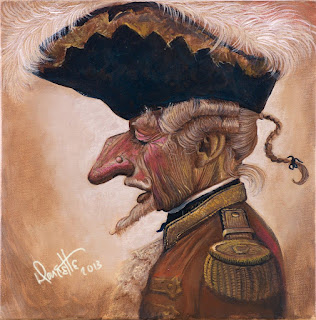 They were not "licensed" to do so, and the real Baron was not happy about this. But they did it anyway, and the Baron is not lost to history—or fiction—because they did.

Is it possible that these "Baron Munchausen" scribes were the very first tie-in writers? What character then, I thought, would be more appropriate for this anthology? And since the real Cyrano wrote about going to the moon and tales of Munchausen have him doing the same, why not send them both to the next giant leap, Mars?

Of course, as you can see above, Cyrano and the Baron were not contemporaries. But I solved that little problem, and in doing so, I got the story's theme—the divide between fiction and reality. And the importance of imaginative fiction to factual reality.

My contribution to Turning the Tied is entitled "Cyrano de Bergerac and Baron Munchausen Go to Mars." I hope you enjoy it.

Indeed I hope you enjoy all the stories in Turning the Tied. Just take a look at the table of contents to see what's on offer, and if you don't mentally salivate, I'd be very much surprised.

You can pre-order the ebook of Turning the Tide from Amazon now for a March 13th release. The same day the paperback edition will be available. 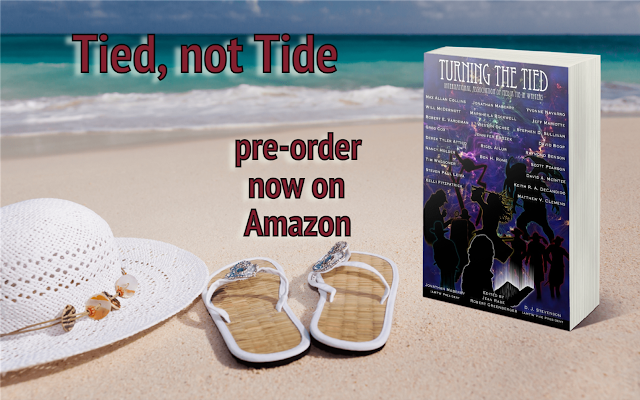 Cheers!
Posted by Steven Paul Leiva at 7:00 AM