Nothing starts a new year off well for an author like indications that his work is appreciated. Oh, possibly a royalty check in six figures would do the trick, but barring that….


On January 2nd I got a notice via email that a message for me had been posted on Goodreads. Dutifully, I went to Goodreads to have a good read of the message: 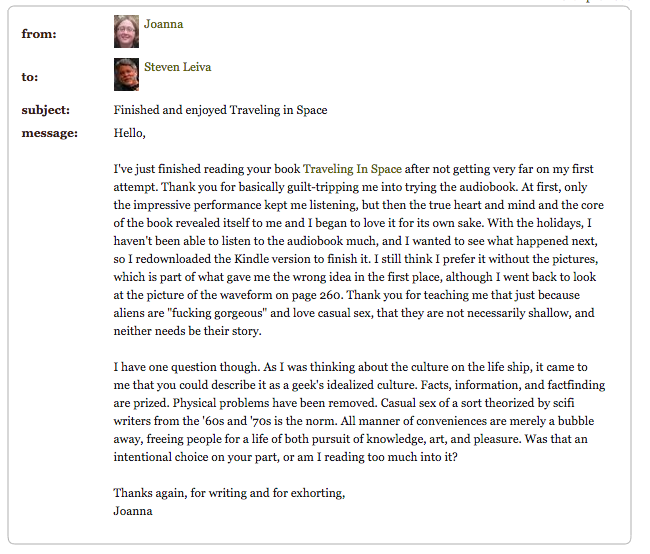 Well, I was, of course, delighted. What author wouldn’t be, what author does not like being give a second chance and coming out a winner. Especially since Joanna’s first reviewed Traveling in Space in July of last year, giving it, I believe only two stars out of five and and writing this:


“I did not get very far in. I don't care for flippancy in first-contact novels. A little humor is fine, but not complete ridiculousness. I didn't mind it in The Hitchhiker's Guide to the Galaxy, but usually I don't care for it.”


I remember noting the review as an example of a reader honestly not liking a certain style of writing. Fair enough -- horse races and all that. I was, though, sad that she did not continue with the book to find that the “flippancy” was possibly but a mad method to get somewhere else. However, I do not remember contacting Joanna to express that or “guilt-tripping” her into trying the audiobook. I suppose I might have, but as I had no way to contact her outside of a message via Goodreads and there is no record of my having messaged her, I do not quite know what happened. But I am happy to leave that as a mystery, because the outcome is quite lovely. Especially since Joanna not only privately messaged me, but was good and kind enough to correct her impression of Traveling in Space publicly by amending her original review: 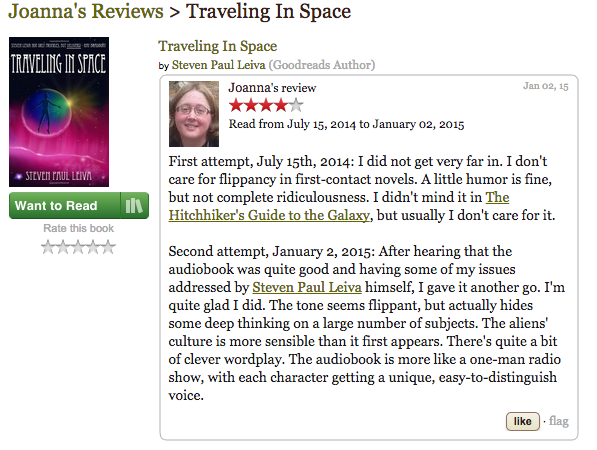 I now, of, course, very much wanted to contact Joanna, thank her, and answer the question she asked in her message:: 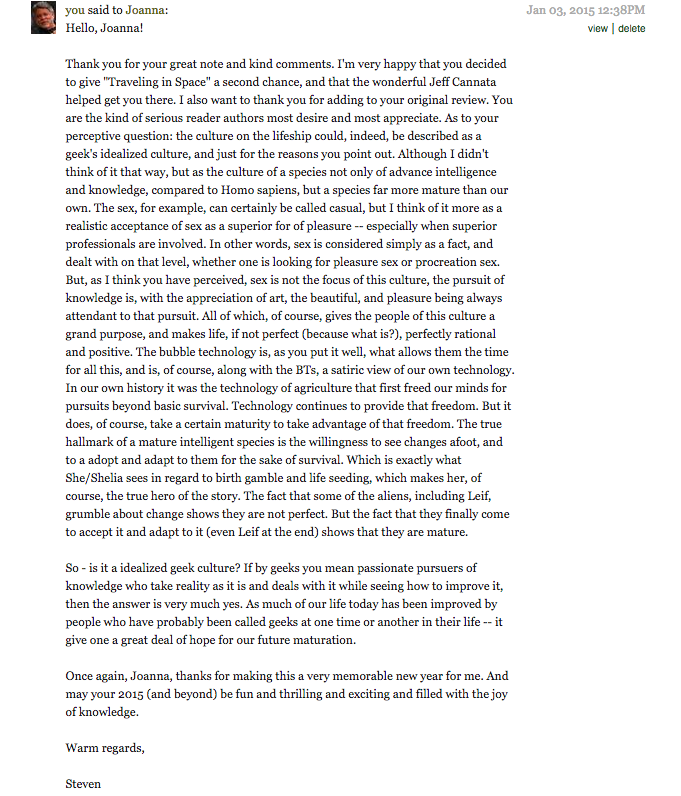 As has often been pointed out, the writing of novels is an individual, lonely pursuit. But serious readers like Joanna make it less so.


Still feeling the glow of Joanna, the next day I got an email notice that lead me to this webpage: 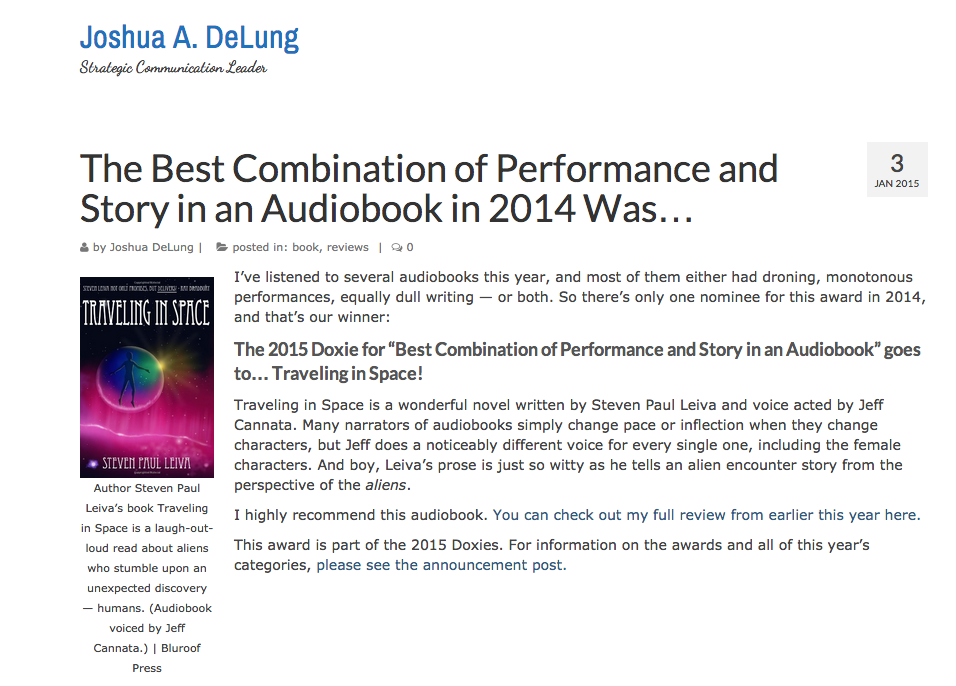 The delight here was in now knowing that there are listeners out there who enjoyed the experience  of the audiobook that Jeff Cannata and I worked so hard to achieve, not to mention my co-producer and audio engineer, Peter Lonsdale. A “droning, monotonous performance” is definitely what we did not want. As Joanna said in her review, “The audiobook is more like a one-man radio show.” As Jeff is a fine actor, and I love audio drama, that’s exactly what we were going for, and it’ grand to have that not only recognized, but appreciated. So thank you Joshua.


And yesterday, only the fifth day into the new year, Jeff Cannata and I got this lovely Tweet. Not the first of it’s kind we have gotten in regard our audiobook, but the first one this year. I thanked the tweeter and he responded:

What I love about Scott’s tweets is that the term “Factually speaking” and him saying, “...no joke (it’s definitely NOT the season)” are both references to things in “Traveling in Space.” Lovely, that is.


Appreciation is a wonderful way to start the new year, and leads to much gleeful anticipation as my latest novel, By the Sea, 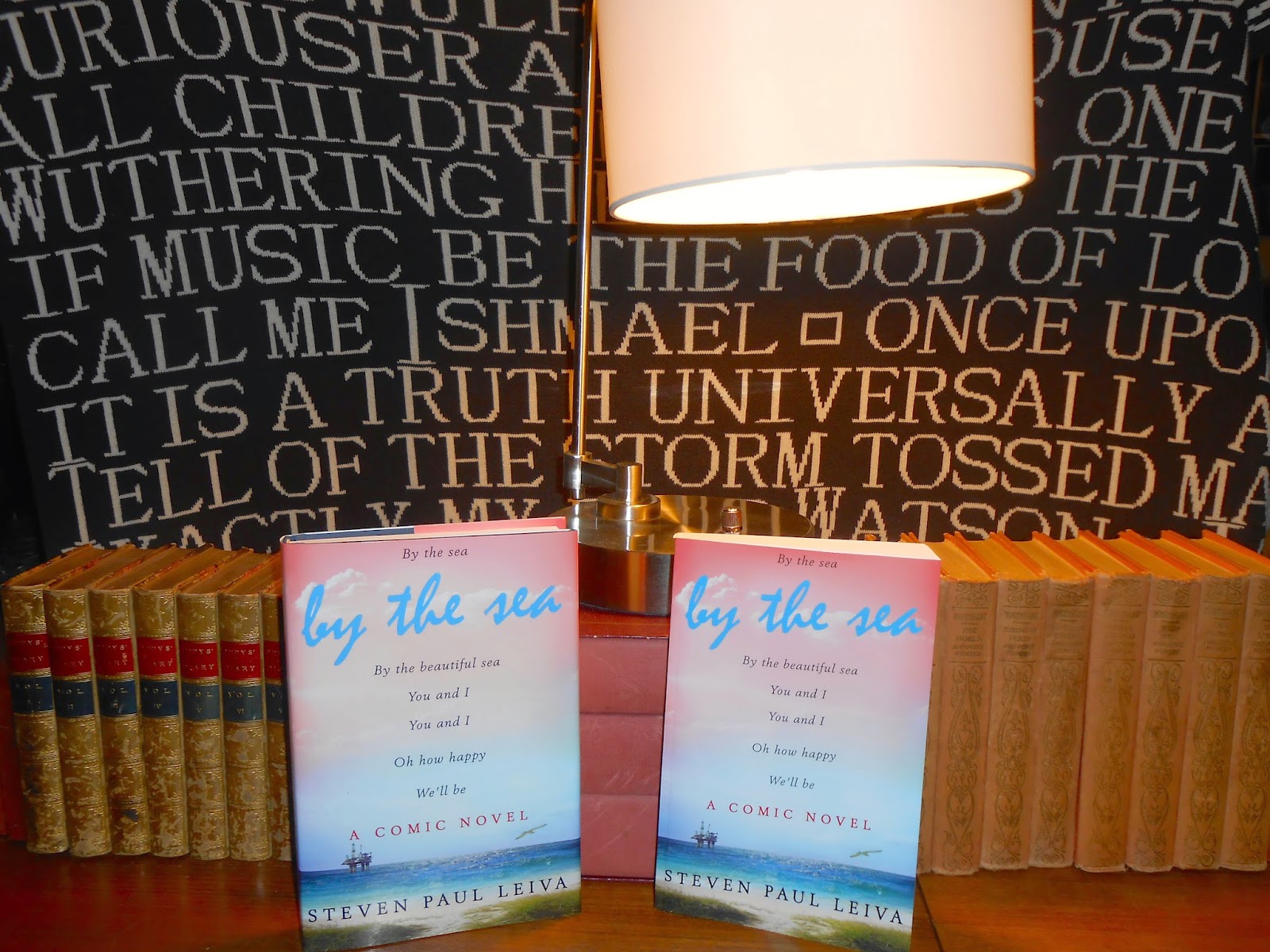 is set to be published on February first, and I am deep into finishing another novel this year.

Story, characters, incidents, thoughts, ideas, humor, emotions created and given shape to is a fine clay to have your hands in.


Thanks to my publishers, my collaborators, my readers for making it all real. And a great and productive and joyous new year to you all. 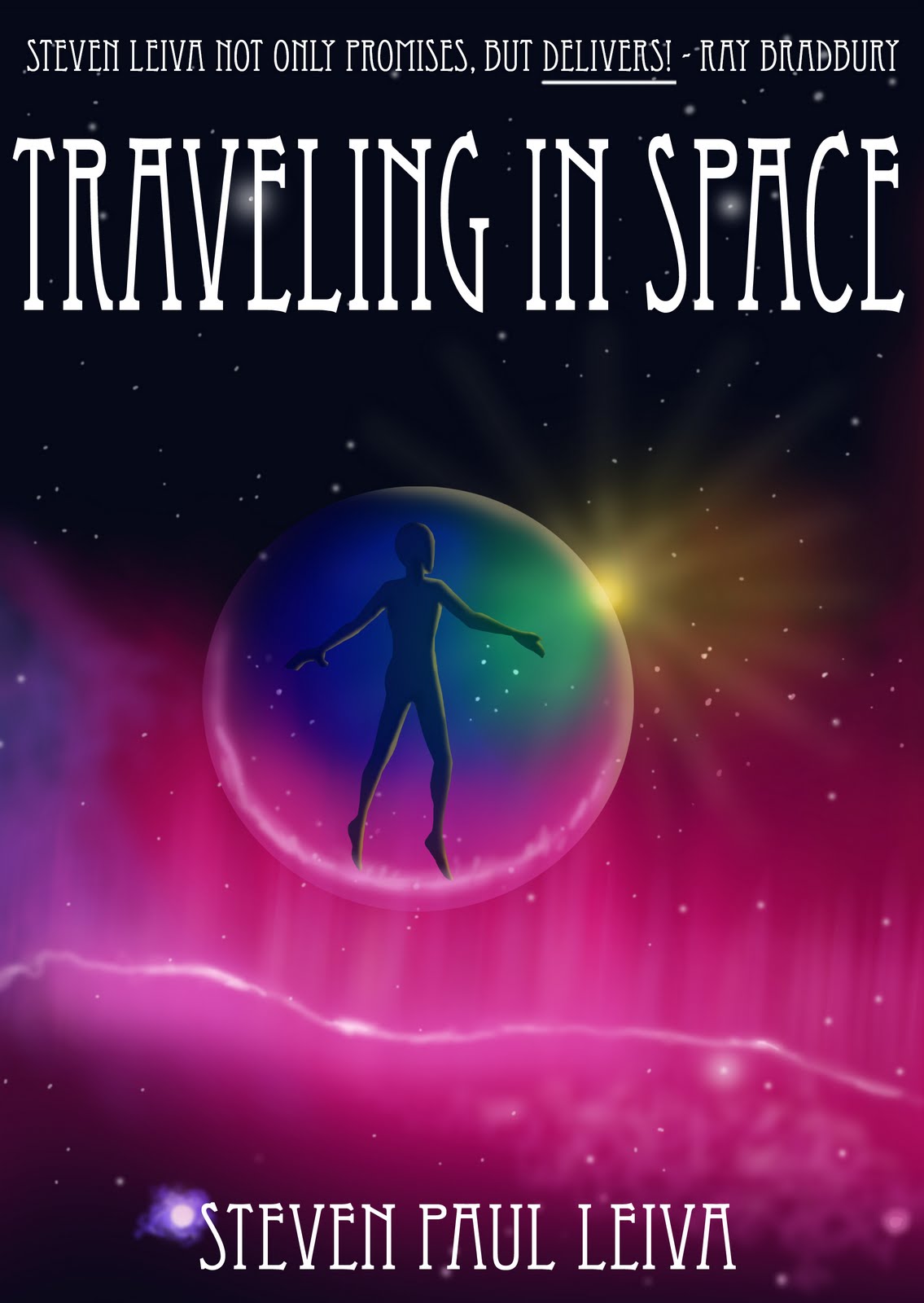 Or as an audiobook from Audible.com. 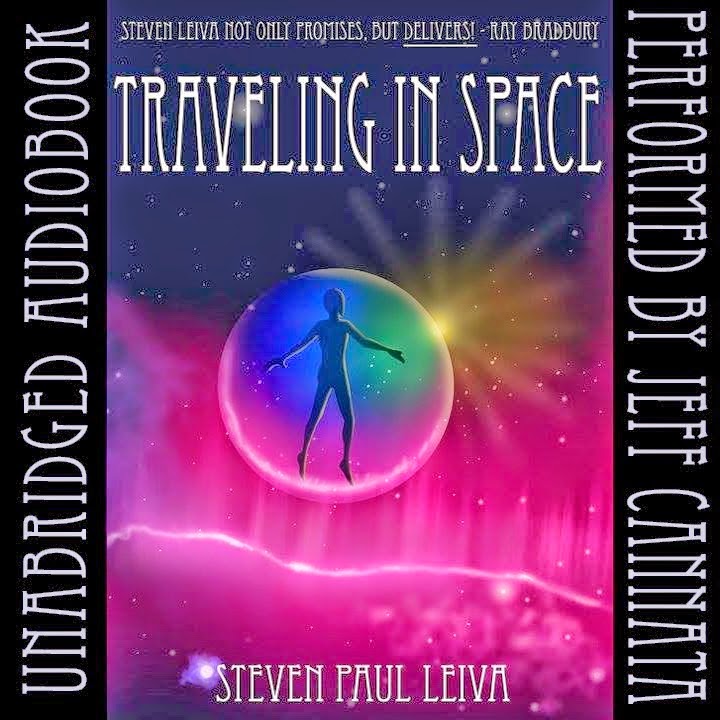