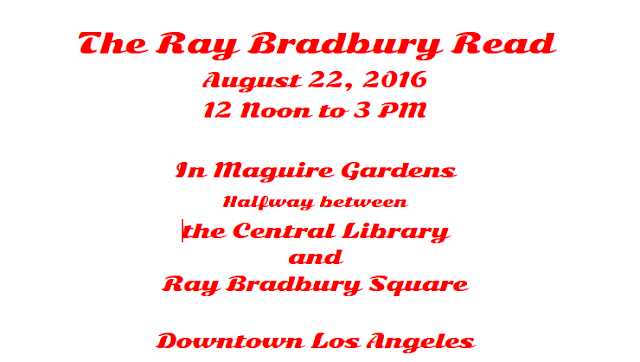 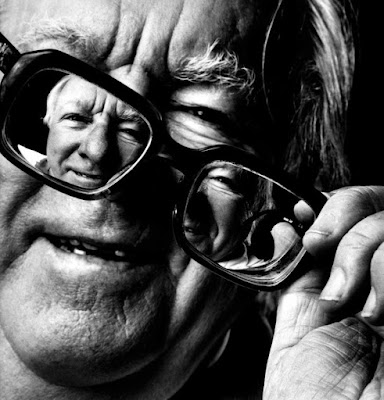 His novels, such as The Martian Chronicles, Fahrenheit 451, and Dandelion Wine, as well as hundreds of short stories, poems, and essays, now have a permanent place in American culture. He also established a fine international reputation and is as beloved overseas as he is here. Truly if any writer became a literary citizen of planet Earth, it was Ray Bradbury.

And yet, Ray Bradbury was deeply an Angeleno, with Los Angeles shaping not only the writer but the man. Born in 1920, Ray moved to L.A. in 1934, falling instantly in love with this city. 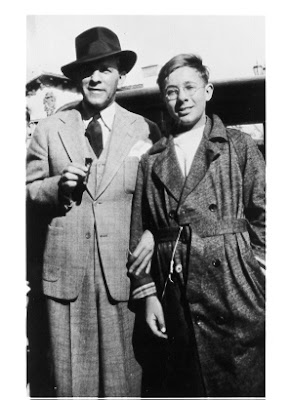 It was a love that never diminished.  From its beaches to Hollywood

to its diverse ethnic population to its great libraries (especially the downtown Central Library), Ray fed off the energy of Los Angeles and converted that energy into fine writing.

In order to pay tribute to Ray on his ninetieth birthday, I instigated and organized Ray Bradbury Week in Los Angeles in 2010. 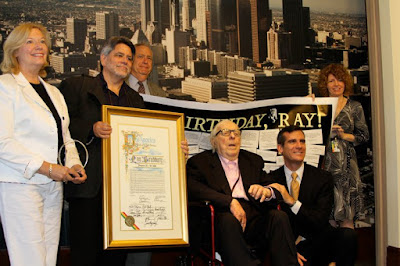 With great encouragement and assistance by the then president of the L.A. City Council, and now Los Angeles mayor, Eric Garcetti, and the Bradbury family, I was able to put together a week-long series of events in coordination with, and the participation of, the Writers Guild of America, west, Hugh Hefner and the Playboy Foundation, the Central Library of the LAPL, and the Paley Center for Media. 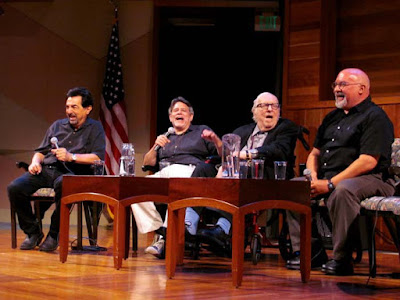 In 2012, I spearheaded an effort, working closely with Councilmembers Paul Koretz and Jose Huizar, the Central Library, Maguire Gardens at the Central Library, downtown L.A. business leaders, and the Bradbury family, to have the intersection of Fifth & Flower dedicated as Ray Bradbury Square. 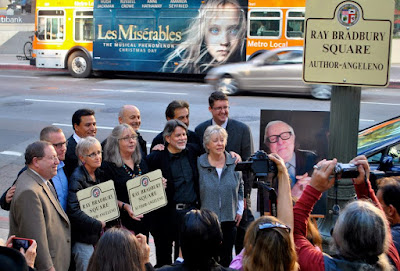 Last year I conceived of, and since then have been working on, an event that could become an annual tribute to Ray Bradbury here in Los Angeles. It is an event that will not only be a tribute to Ray, demonstrating Los Angeles' love for him, but will also call attention to downtown L.A., our Central Library, the beauty of Maguire Gardens, and the existence of Ray Bradbury Square. I would love to see Ray Bradbury Square become a destination for all literary Angelenos and for visitors from around the world.

On August 22, 2016—Ray Bradbury’s birthday— we will hold The Ray Bradbury Read in Maguire Gardens, 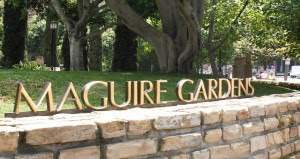 situated between the Central Library 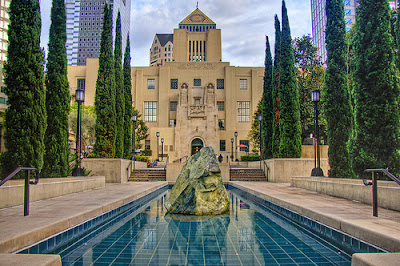 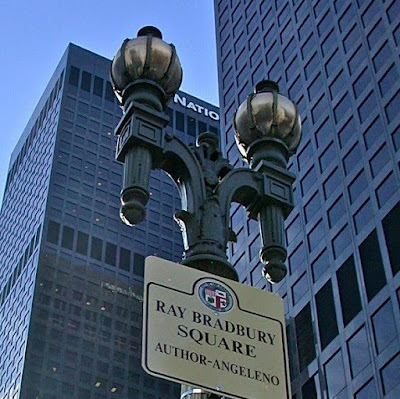 It will be a fairly simple three-hour event held from noon to three during which people will read from the work of Ray Bradbury. The public is, of course, invited, and we hope to draw many downtown workers to drop by during their lunch break and have their meal in the gardens listening to wonderful words of Ray Bradbury.

Most of the readers will come from the public to be chosen by a method yet to be decided. But we hope to have celebrity readers as well reading from Ray’s work. The celebrities could come from entertainment (film, TV, theater, sports), literature (authors influenced by Ray, or just ones who love him), science (such as individuals involved in space exploration, or the study of dinosaurs), and even politics, or better said, civic service (councilmembers, the mayor, members of congress, etc.). 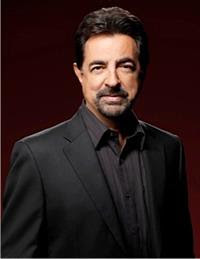 has agreed to be a reader subject to availability.

I have the full support of Ray Bradbury’s four daughters, and they have joined an exciting board of advisers I will call upon to help in shaping the program for the read.

The full board of advisers for the Ray Bradbury Read are:

Phil Nichols, blogger at www.bradburymedia.co.uk and Senior Advisor to the Center for Ray Bradbury Studies.

I am being joined by some wonderful people and institutions in putting together the Ray Bradbury Read:

The Maguire Gardens and their property management company, Heins

In the coming weeks I’ll be seeking support from downtown L.A. businesses and possibly sponsorship from media outlets.

And I’ll be asking for volunteers for the event and for services.

The event, at the moment, has no budget. I hope to keep it a simple celebration of Ray Bradbury and his words on the anniversary of his birth.

I have created a Facebook event page for the Ray Bradbury Read, and you can find it here:

And you can find information my personal blog at: http://stevenpaulleivasthisnthat.blogspot.com/

Keep checking both for updates.