YAKKIN' ON THE 'NET -- Guesting on podcasts and other internet venues


We all get ensnared in the 'Net. It's become such a part of our lives. Podcasts, videos, commercial sites, political rants, hate speech, love speech, the cuter than cute, the most horrible of the horrific, real and true information, and myths upon myths upon myths. All this makes the internet really not that much different from any other conduit of communication: TV, Radio, newspapers, books, pamphlets, the local coffee shop, and the neighborhood bar. It is just so much bigger, pervasive, and not only in your face, and in your home, but in your pocket. It is a big (even if small), digital companion. We can only hope that for most of us, it is also a friend.

For an author of books, it allows you to get your face and voice out there for discovery. As authors rarely get invited on to early morning and late night network and cable shows, that's a pretty good -- if nowhere near as potent -- benefit.

And it can be fun. I've had some good times being a guest on podcasts and videos, and even making a few of my own in the past eight years or so. And I thought it might be useful to gather them together in one place just in case anyone trying to decide to take a chance on my books wanted to get to know me a bit. So, here they are: 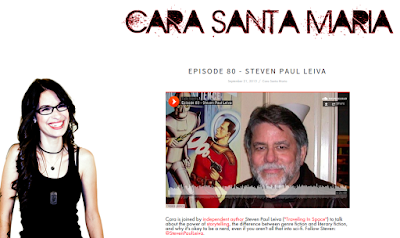 Cara Santa Maria is quickly becoming one of our best and brightest science communicators. She was the senior science correspondent for the Huffington Post, and now not only reports on science for public TV station KCET in L.A., but participates in several popular podcasts, including her own, Talk Nerdy. I was thrilled to be her guest one fine day last year to talk about science fiction, the future of humanity, and my novel Traveling in Space. 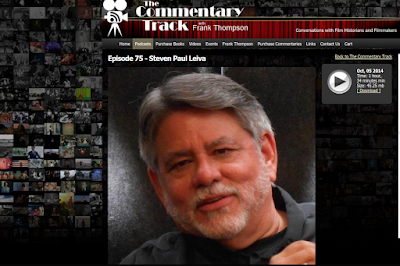 Frank Thompson is a film historian who has a great podcast, The Commentary Track. Here he has illuminating conversations with other film historians and people involved in the making of films. As he knew of my twenty-year plus history of working in film, and some of the people I worked with, including Chuck Jones, Dick Zanuck, and Ray Bradbury, he asked me to sit down and yak with him. I was more than happy to oblige and had a good doing so. 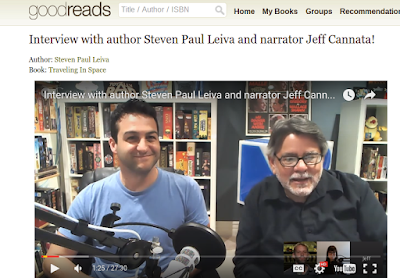 Sword & Laser is a popular internet show on all things SF (the laser) & Fantasy (the sword). Jeff Cannata, who recorded the audiobook of my novel Traveling in Space (which I produced and directed), and I appeared on the show and talked about our collaboration and my novel in some detail. 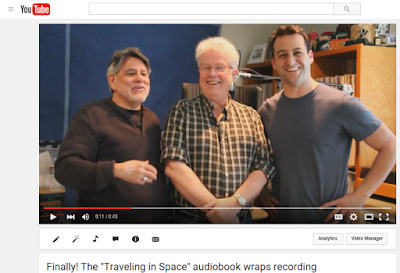 April 2, 2014, Peter Lonsdale and I finish recording the audiobook of Traveling in Space with the very talented Jeff Cannata. And we get a little silly. 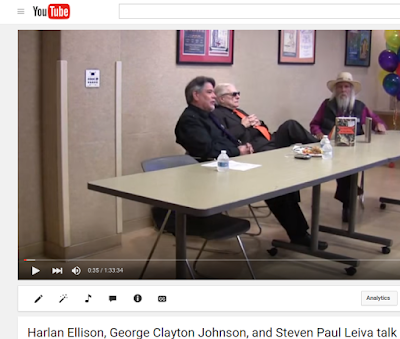 On September 23, 2013, the Palms-Rancho Park Branch Library in Los Angeles was dedicated to Ray Bradbury. This had been Ray's local library, and he had spent many hours here with his four daughters and often spoke here. I helped bring this about, although it really was the combined efforts of Councilmember Paul Koretz, the Los Angeles Public Library, the Friends of the Palms-Rancho Park Library, and leaders in the local community that made it happen. After the dedication I joined fellow authors Harlan Ellison and George Clayton Johnson upstairs in the Ray Bradbury Room to talk about our mutual friend, Ray Bradbury. This video was shot by another friend of Ray's, John Sasser. 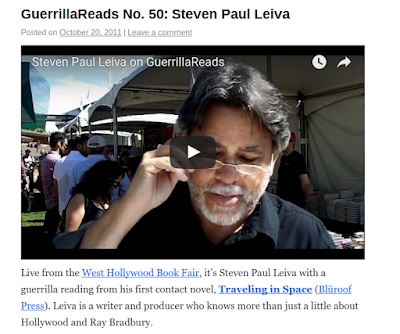 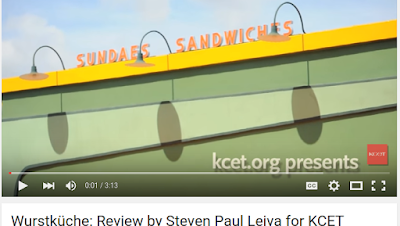 L.A. public TV station KCET invited me to be one-day food critic on their internet show, Free Lunch. I was happy to do it as free lunches are gold to a writer. 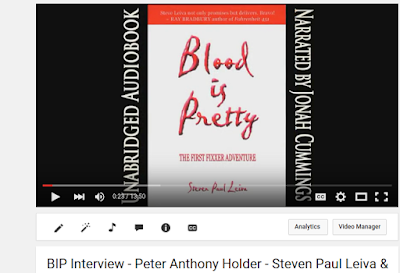 I've guested often on Peter Anthony Holder's The Stuph File podcast. Here's on of my favorites, sharing the mic with Jonah Cummings, the audiobook narrator of my novel Blood is Pretty. 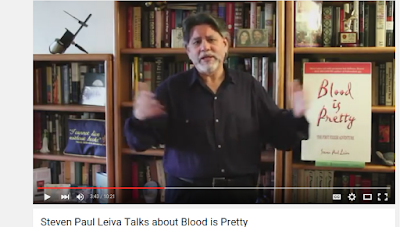 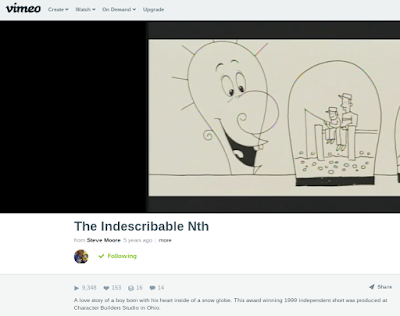 The last work I did in film animation was to voice the character of Scott, the owner of a Snow Dome store, who wants a son, in Steve Moore's (although credited here as Oscar Moore) award-winning animated short. It's a charming, if off-beat, love story.


The Indescribable Nth from Steve Moore on Vimeo. 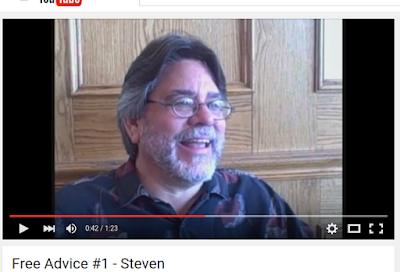 I was the first person to be asked to give some free advice for a series of internet shorts. My free advice actually was wisdom I had received from a world famous film animation director who shall remain nameless.